Walk-On’s Announced as Title Sponsor of the Independence Bowl 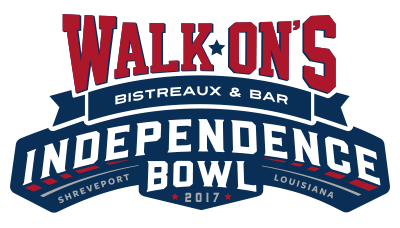 “As a proud Louisiana-based brand with our roots firmly planted in college sports, partnering with a Louisiana bowl game has always been a dream,” Walk-On’s Founder and CEO Brandon Landry said. “We are so proud to make that dream come true by partnering with the Independence Bowl in the great city of Shreveport. Our entire team is thrilled that the game will now be known as the Walk-On’s Independence Bowl!”

The agreement between Walk-On’s and the Independence Bowl will be for five years, with an opt-out option after the conclusion of the third year.

Based in Baton Rouge, Walk-On’s is renowned for its signature menu featuring a taste of Louisiana served up in a game-day atmosphere by an all-American team, who make sure every guest feels welcome.

Walk-On’s now has 15 restaurant locations: four in Baton Rouge, two in New Orleans and one each in Shreveport, Lafayette, Houma, Lake Charles, Covington and Bossier City, La., and Lubbock, San Antonio and Tyler, Texas. Other locations are coming soon in Alabama, Florida, Louisiana, Mississippi, Tennessee and Texas, with several additional markets across the Southern U.S. likewise on the drawing board.

The 2017 Walk-On’s Independence Bowl is scheduled for a 12:30 p.m. kickoff on Wednesday, December 27 at Independence Stadium. Tickets can be purchased online via Ticketmaster by going to WalkOnsIndependenceBowl.com, or by calling (318) 221-0712 or toll free at (888) 414-BOWL.

The Independence Bowl’s search for a new title partner was led by Trenches Sports and Entertainment and Intersect Partners, both based in Atlanta. Sports marketing executives Brad Olecki and Owen Shull worked closely with the Bowl leadership to secure this five-year entitlement partnership with Walk-On’s.

The Independence Bowl Foundation renewed its primary conference partnerships with the Atlantic Coast Conference and Southeastern Conference through 2019, and has secondary agreements with Conference USA and the American Athletic Conference.

The Independence Bowl Foundation extended its partnership with ESPN to broadcast the game through 2019 as well.