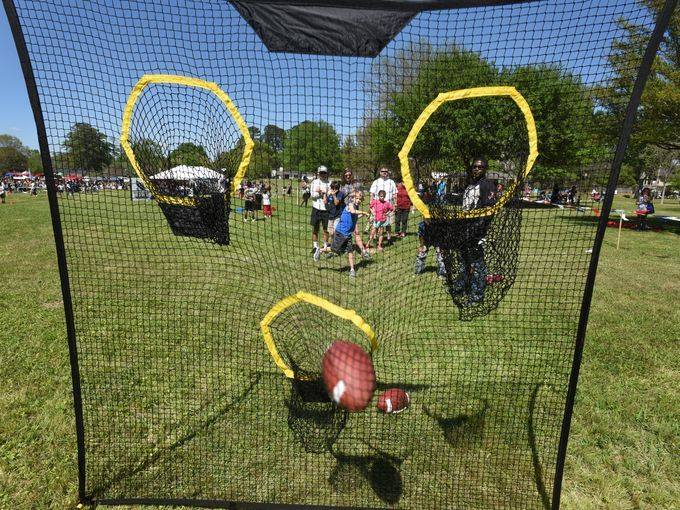 More than 400 local kids 13-years-old and younger competed in a variety of football drills at four events throughout 2017. Six of these young athletes scored the highest number of points in their age groups and will compete on the field in the finals for free Raising Cane’s.

John Raley and Peyton Gilly will represent the 7-and-under group, and will race each other in the 40-yard dash. Jackson Burney and Kaleb Linnear will compete in a passing competition in the 8-to-10-year-old division, while Jacob Allen and Johnathan Green will go head to head in a catching trial in the 11-to-13-year-old division. The competitions will take place on the field at Independence Stadium during quarter and television timeouts at the Walk-On’s Independence Bowl on December 27th.

The 2017 Walk-On’s Independence Bowl, featuring Southern Miss against Florida State, is set to kick off at 12:30 p.m. on Wednesday, December 27. Tickets can be purchased online via Ticketmaster by going to WalkOnsIndependenceBowl.com, or calling the Bowl office at (318) 221-0712 or toll free at (888) 414-BOWL.