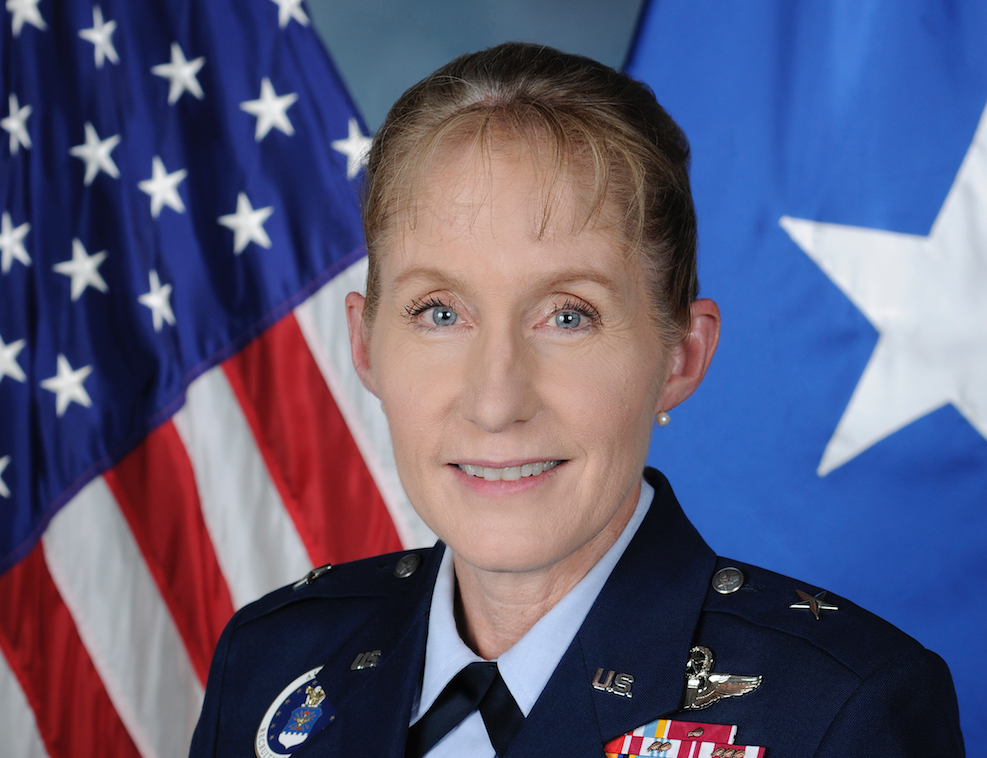 Brigadier General Jeannie M. Leavitt has been selected as the recipient of the 2018 Omar N. Bradley “Spirit of Independence” Award.

“We are excited to honor General Leavitt for her outstanding career as a trailblazer in the United States Air Force,” said 2018 Walk-On’s Independence Bowl Chairman Trey Giglio. “General Leavitt’s accomplishments exemplify the ‘Spirit of Independence’ that this award recognizes. We are honored to have her join some of our nation’s most distinguished citizens who have received this recognition.”

Born in St. Louis, Missouri, General Leavitt first entered the Air Force in 1992 after earning her bachelor’s degree in aerospace engineering from the University of Texas and a master’s degree in aeronautics and astronautics from Stanford University. She began formal combat training in the McDonnell Douglas F-15E Strike Eagle after restrictions on women flying combat missions were eliminated in April of 1993. This propelled her to becoming the service’s first female fighter pilot.

General Leavitt has commanded at the flight, squadron and wing level, and she is a graduate and former instructor of the U.S. Air Force Weapons School. She is a command pilot with more than 3,000 hours, including 300 F-15 combat hours – mostly in Afghanistan and Iraq. Her operations experiences include Operations Southern Watch, Northern Watch, Iraqi Freedom and Enduring Freedom.

Prior to becoming the Commander of the Air Force Recruiting Service, General Leavitt served as the 57th Wing Commander at Nells Air Force Base in Nevada. It is the Air Force’s most diverse flying wing comprised of 37 squadrons at 13 installations with a variety of more than 130 aircraft.

General Leavitt will accept the “Spirit of Independence” Award at halftime of the 2018 Walk-On’s Independence Bowl.

General Omar N. Bradley was the first recipient of the “Spirit of Independence” Award, and presented it each year until his death, after which his name was added to the award.

Since the award’s inception, this honor has been bestowed upon outstanding American citizens, or organizations, which symbolize the spirit of freedom and independence on which our country was founded. Some past recipients include: John Wayne, Bob Hope, Ronald Reagan, and recently, the Tuskegee Airmen, the Berlin Airlift Veterans, Veterans of the Battle of Chosin Reservoir and Chief Executive Officer of 22KILL and retired Marine Corporal Jacob P. Schick.