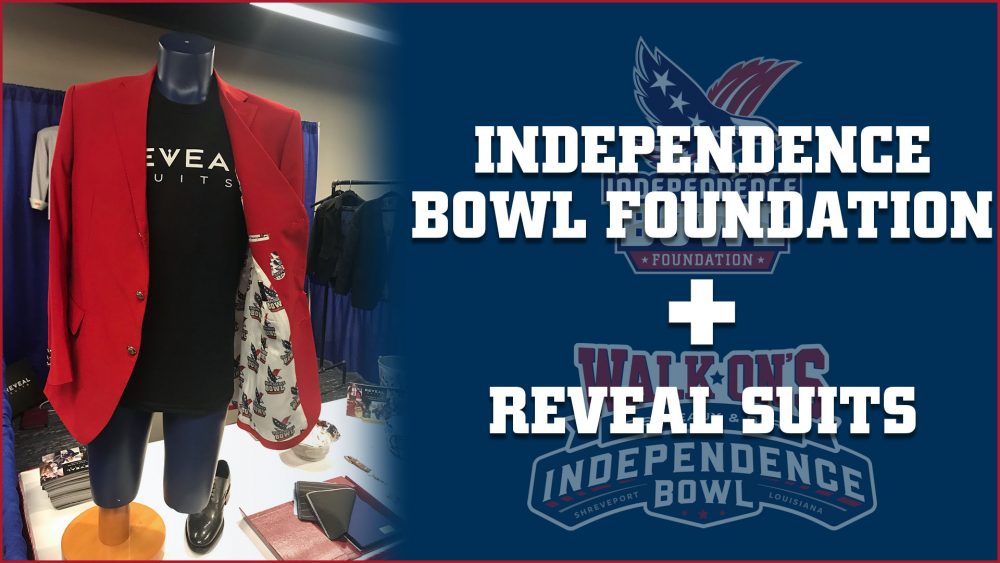 “We are excited to partner with Reveal Suits. Their quality custom jackets showcase the tradition and pageantry of the Independence Bowl and college football,” said 2018 Independence Bowl Chairman Trey Giglio, who helped bring the partnership to fruition. “I look forward to wearing the Reveal bowl jacket that represents our brand so well.”

Reveal Suits provides upscale, signature branded merchandise to business professionals, fraternities, sororities, sports organizations, and a host of clientele who desire to stand out among their peers. We offer 35 measurement and suit style options, and you truly have the freedom to build YOUR suit just for YOU, right down to the embroidered “Made exclusively for [your name]” message inside.